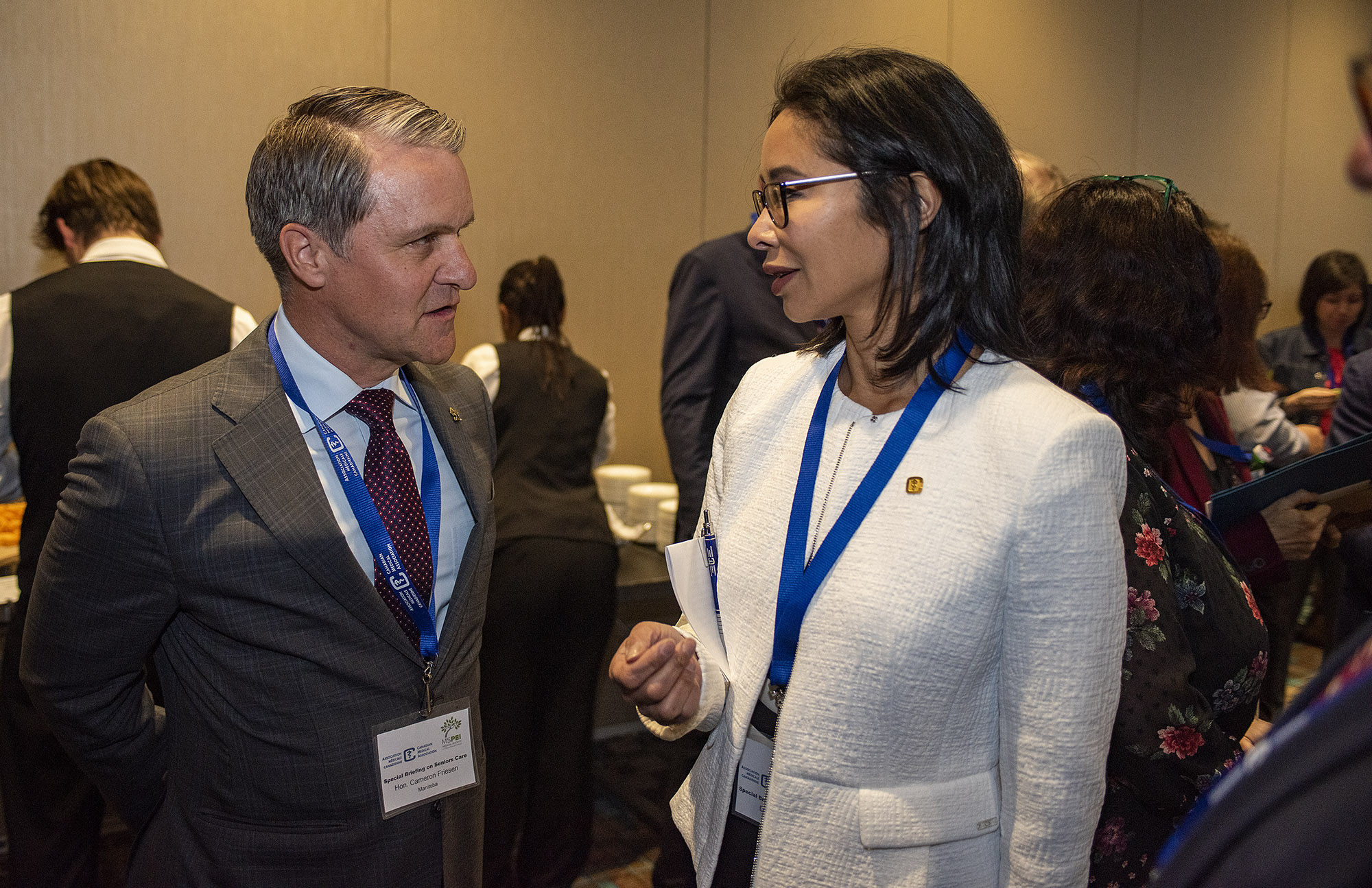 Seniors ministers and parliamentary secretaries from nine provinces, along with their staff, attended a special briefing this week, sponsored by the Canadian Medical Association (CMA), on the looming seniors’ care crisis.

The briefing was held on the eve of the Federal/Provincial/Territorial Minister Responsible for Seniors Forum in Charlottetown.

Supported by findings from a national Ipsos Reid survey, CMA President Dr. Gigi Osler called on all levels of government to take action.

“Seniors across the country are having to pay more out of their own pockets for their care,” explained Dr. Osler.  “The reality is that our public health care system was not designed to meet the needs of our aging population; it was created when Canadians were much younger and as our population continues to age, the challenges we’re seeing now will only intensify.”

According to Statistics Canada, in 2021 the number of seniors’ in Canada will exceed the number of children (14 and under) for the first time.

The new Ipsos report,  commissioned by the CMA, revealed Canadians concerns about the future of health care under a ballooning seniors’ population:

• Six in 10 (58%) believe that Canadians will have to delay their retirement to afford their health care;

• Baby boomers believe that a failure to improve the health system will result in them having to pay more out-of-pocket for health care and more taxes;

• Concerns on health care could sway voting behaviour this election, with Canadians 55 and over more likely to say they’ll vote for the party they think has the best plan for the future of health care.

During the briefing, Dr. Osler urged the audience of politicians and policymakers to support two proposals, developed by the CMA, for new federal investments to better support seniors care across the country.

• A demographic-based top-up to the Canada Health Transfer, which would provide extra funding to provinces and territories based on proportion of population aging.

The CMA’s presence at the Seniors Forum is part of its continued push to ensure health issues are front and centre during the upcoming federal election.