Marguerite Blais: the woman looking out for Quebec’s caregivers 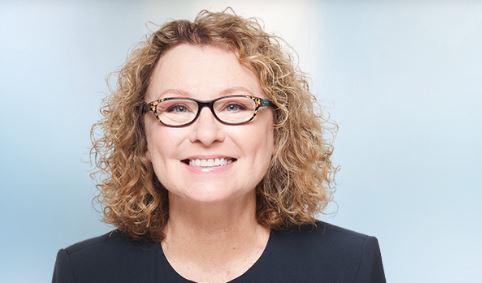 Marguerite Blais is used to doing the unexpected and breaking barriers.

A 68-year-old native of Montreal, following the Oct. 1, 2018, election of the Coalition Avenir Québec (CAQ), Blais became the first person to become a minister with a mandate to represent informal caregivers in Canada. Her official title is minister responsible for seniors and caregivers.

Among her plans for her first year in the cabinet of Premier François Legault is the development of Quebec’s first comprehensive provincial caregiving policy.

Blais first won election, representing the Liberal Party of Quebec, in 2007, in the riding of Saint-Henri–Sainte-Anne. She served as seniors minister in the government of Premier Jean Charest from 2007 to 2012.

During her final term in office as a Liberal, her husband was diagnosed with cancer, and Blais spent months as his caregiver. “I was always awake to make sure he did not fall on the floor, ”Blais told CBC journalist David Gutnick. “From one day to another, you become a nurse, you become a pharmacist. You make the appointments.”

She told the reporter that the experience of being a caregiver “changes all your values, it changes everything.”

In August 2015, following her husband’s death, Blais surprised her colleagues by resigning her seat, just a year after winning re-election. At that time, she told journalists that she was emotionally and physically burnt out.

Less than three years later, Blais delivered another shock, announcing her plan to join the CAQ and seek election in the riding of Prévost, north of Montreal. Blais said that her primary goal in returning to politics was to advocate for the approximately one in four Quebeckers who care for a sick spouse, a disabled child, an aging parent or a troubled sibling.

Speaking in Quebec City on Dec.11, before a consultation on support for family caregivers, Blais said (in French): “I am delighted that this consultation will have a positive, significant and lasting impact on the quality of life of caregivers. I am convinced that together we will find the solutions expected to enhance their work. This issue affects nearly a quarter of the Quebec population. Caregivers deserve to be offered the best support. I welcome the participation of all the actors concerned by these issues, and thank them for their collaboration in the collective efforts we are making in this cause, which is very important to us. Having been a caregiver myself,I gave myself the mission to promote the recognition of these everyday heroes at their true value.”

Another veteran Quebec journalist, Josée Legault, a columnist with the Journal de Montréal, who is the sole caregiver for her 58-year-old intellectually disabled sister, told Gutnick: “The minister is serious. Whatever the end result is, she’s resolved to try to get a concrete result out of this.