The case of Mr. S and how the health care system failed him 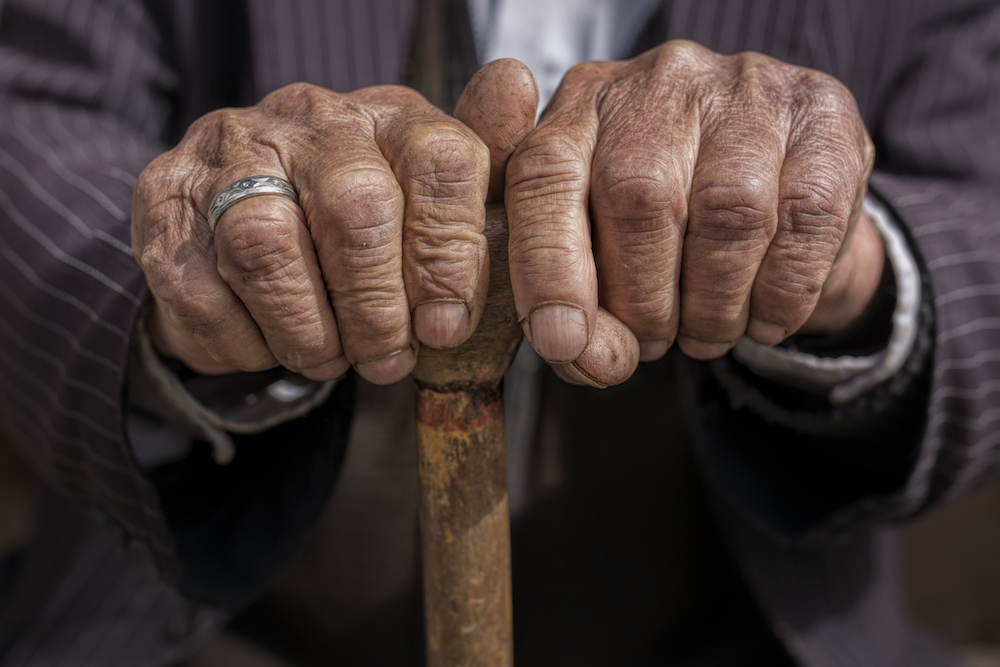 Adapted from a speech by Dr. Chris Simpson, past president of the Canadian Medical Association --

This is the story of Mr. S. and it illustrates how we could be doing better for the good of patients and the sustainably of the health care system.

He is an 85-year-old man lovingly cared for by his son and daughter-in-law. Like many family caregivers, looking after an aging parent  has their stress levels going through the roof. So they need a break one weekend and head to a bed-and-breakfast in Niagara.

That Friday night, Mr. S gets short of breath. He gets scared. He calls an ambulance and winds up in the emergency room at the local hospital.

There, he waits 90 minutes to be seen. Then he sees a nurse and doctor he's never met before.

In the hospital’s electronic records, they can see details from his last admission — a year earlier. But there is nothing that gives any indication of his medical narrative since then.

They don’t know what meds he is on. Neither does he. As it would turn out, his family health team has been doing an exemplary job looking after him. But the staff in the ER have no way of knowing that. All they know is that he’s feeling short of breath.

But Mr. S. looks ok. Satting (saturation of oxygen) fine on room air. The results of his chest x-ray? Maybe a little something in the LLL (left lower lobe of lung) but to be honest, it looks ok.

No fever. White count normal. But, hey, his Hb (hemoglobin concentration) is 90. That's new. It was 110 a year ago. And his Cr (creatinine, a measure of kidney function) is 131. It was 98 last year. His sugars are a little up and he can’t remember if he took his insulin that day. Maybe. Or were those needles blood thinners? He remembers something about a blood thinner needle. He isn’t sure. All these questions make him feel anxious and afraid. And that makes his breathing worse.

Better get internal medicine to have a look.

After internal medicine is consulted, Mr. S gets admitted. Internal medicine consultations in the ER result in admissions more than 90 per cent of the time. Partly because it’s easier; certainly we believe that it’s the right thing to do. But is it?

Seniors with chronic illnesses come to the ER because, too often, there’s nowhere else for them to go to get help for chronic health issues, to get access to specialists, to get diagnostic testing, or to deal with the typical perturbations of the status quo that typically occur – feeling a little short of breath, for example. But that’s not what hospitals should be for. Hospitals should not be the default solution.

And when we put complicated patients in an environment like the ER, where fast decisions have to be made — stabilize people, then move them along — coupled with incomplete information, we set patients up to be admitted.

It’s like a giant, sucking force that reaches out to grab vulnerable seniors. The deeper you get into the hospital – from triage to ER doc consult to internal medicine consult – the harder it is to get out. Then when these patients get admitted, we subject them to a high number of risks. Hospitals are, ironically, a dangerous environment for patients who are not acutely ill.

In fact, I would go so far to say that hospitals are toxic places for people with chronic, but not acute disease. These patients fall. They develop hospital-acquired infections. They get tests that they don’t need. They are isolated and get depressed. Their muscles waste and they lose their ability to get around. The No. 1 cause of adverse events in hospitals now is iatrogenesis: stuff we do to them.

Yet we all labour under this delusion that hospitals are where patients should be if they’re ill – even if they’re not acutely ill.

We admit them to “be on the safe side.”