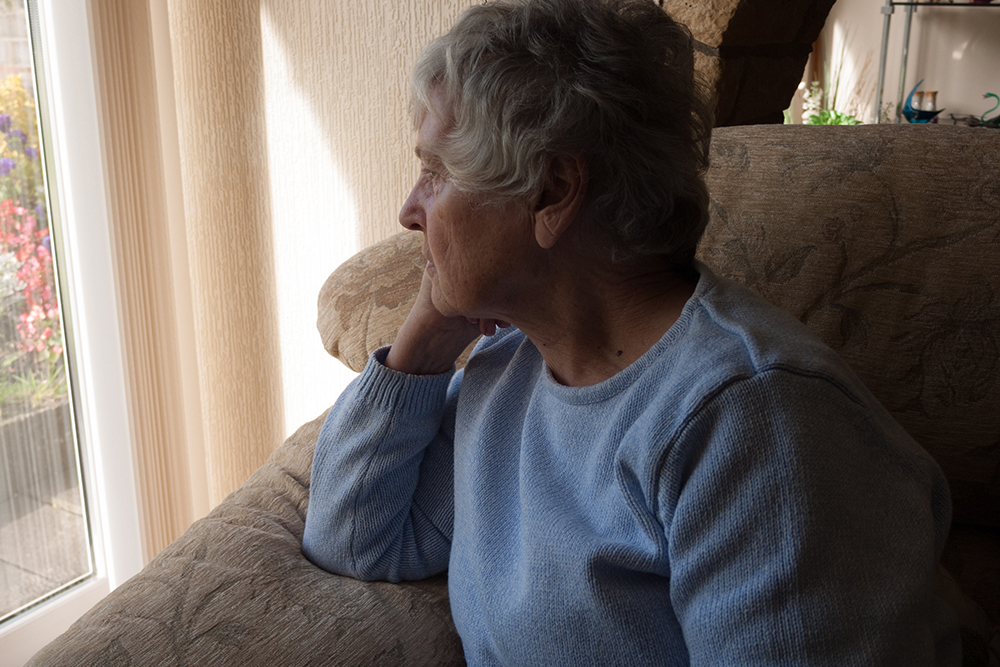 Imagine being trapped. Reliving your darkest moments, over and over. Being isolated. No one to talk to, to break the cycle of darkness. For most of us, it’s a terrifying thought. But for many of the hundreds of thousands of seniors living with dementia, this is the reality.

A recent Toronto Star story called “The Fix” states that most long-term care homes are sterile places; a long list of regulations keep staff focused on completing tasks on a tight schedule that are then documented for the government. This model is one of detachment, scheduling and associating residents with tasks that must be completed. There’s very little room for emotions, and there are few opportunities for connections to be formed — either among residents or between residents and staff — or for staff to experience the sense of fulfillment that comes from feeling passionate about the work they do. Work may be completed, but no one is happy. What if there was a better way?

David Sheard is the founder of the Butterfly Project and Dementia Care Matters, a foundation based in the United Kingdom that aims to challenge the detached way patients with dementia and Alzheimer’s disease are currently cared for in residential homes by creating colourful and vibrant spaces filled with the sounds and activity of life and training residential care staff to be open and receptive to feeling in order to connect with patients and get more satisfaction from their work.

In 2016, Sheard began working with the Redstone dementia unit in Peel Region near Mississauga, Ontario. By the province’s standards, Redstone already gave very good care, but when Sheard did his first tour of the unit he gave it a grave rating, only one level above Sheard making a call to the police to report neglect. He noted no social or emotional interaction between residents or between residents and staff; there was no laughter or conversation.

Sheard’s Butterfly Project is all about injecting life and vitality back into dementia care. His approach involves bright colours, interesting décor to evoke feelings of home, socialization, laughter and less adherence to strict schedules for interaction and fun. The point, he says, is to give people the chance to really enjoy their lives before they die. Redstone staff underwent training focused on emotional intelligence during Sheard’s work with them so that they would be able to connect and empathize with patients.

In a lengthy article on their website and a mini-documentary, the Toronto Star chronicled Sheard’s work with Redstone and his impassioned plea to the Peel Regional Council to provide the funds to make several Butterfly Project homes in the region. His presentation to the Council left many people in tears. The Stararticle mentions Peel Regional Council member Ron Starr; a businessman-turned-politician, he’s known for his denial of budget requests. He became emotional after Sheard’s presentation. Starr discussed his late wife, and in the end he said, “A program like this should spread like wildfire, it really should.”

Sheard’s vision of colourful, vibrant life in dementia wards has positive results: residents’ moods are lifted and their problematic behaviours decrease, the fall/injury rate goes down and staff are more engaged in their work, enjoying their days and feeling a greater sense of fulfillment.

The possibilities for units modelled like this are even more far-reaching. If dementia units were to team up with local artists to bring colour, if they engaged local musicians to work with residents and if they encouraged students from local schools to volunteer — even just to provide companionship and social engagement — the possibilities of positive ripple effects throughout larger populations are nearly endless.[GA7]

If Sheard’s Butterfly Project is to “spread like wildfire” and truly fly, perhaps it needs to spread beyond the walls of dementia units and spark a movement in entire communities founded on love, collaboration, laughter and connection. Everyone suffering from dementia is someone’s friend, sister, brother, mother or father. If we all help each other, everyone will benefit.