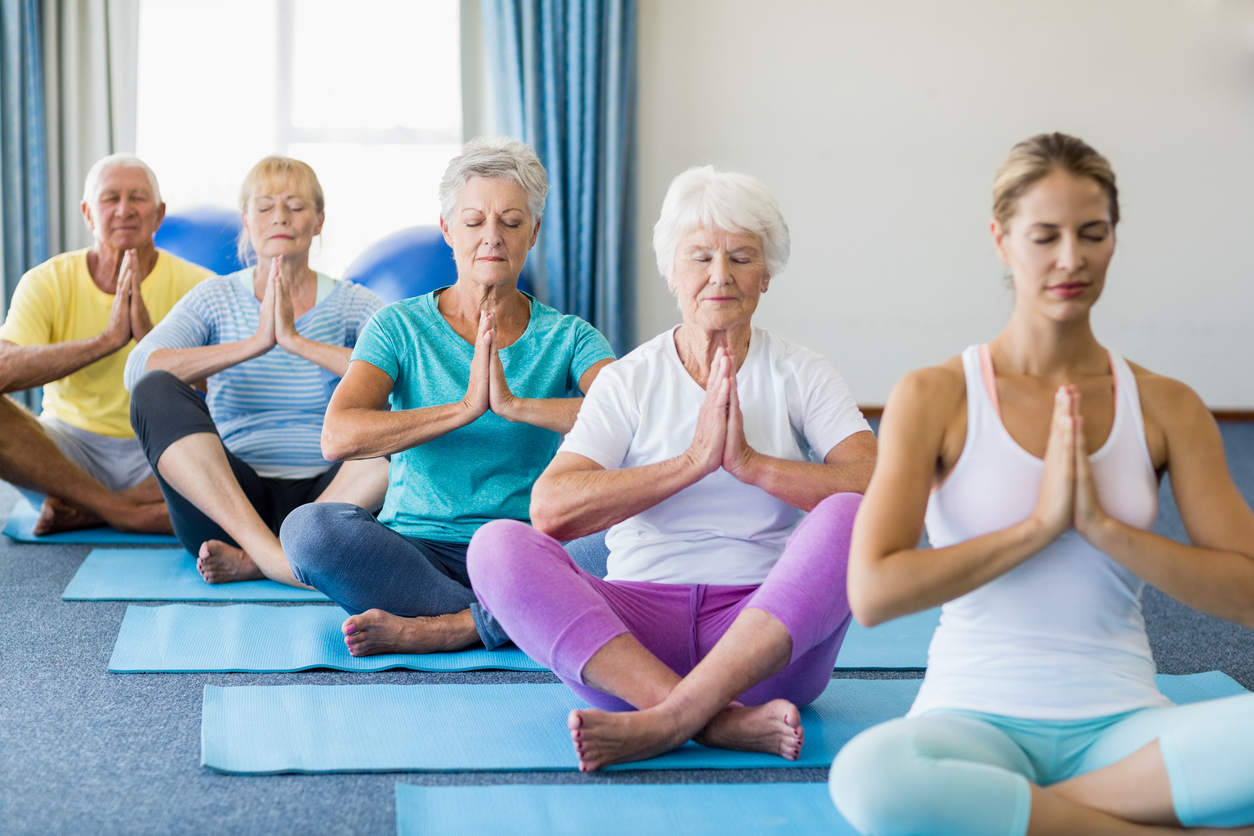 On Gabriola Island, about five kilometres east of Nanaimo, senior citizens are discovering the power of exercise. What might seem like small adjustments—from reaching overhead to bending down to their feet — are having an immense impact on their overall health and well-being.

Nancy Boyes is a fitness instructor at The Gym at Twin Beaches on Gabriola Island. While she started off training with a relatively young clientele, she quickly switched gears, focusing more on the senior community after she saw the impact exercise had on their overall health.

“As I was watching all the people come into the gym, it was the seniors exercising who really fascinated me,” said Boyes. “Those who were exercising had such a good quality of life compared to the seniors I knew who weren’t.”

Boyles teaches a Get Up and Go class, focused on balance, stability, posture, and muscle development to help prevent injuries and improve mobility.

“You see the difference, one day to the next,” she says. “It’s so rewarding.”

Alethea Taylor, an energetic 82-year-old, is a newcomer to the Get Up and Go class in Gabriola.

Upon arriving to the island, Alethea was using a cane because of back and knee surgery, which left her with permanent nerve damage in her right leg. She had also suffered a series of falls, something she feared would happen again until she started the program.

“I stopped using my cane after about four sessions with Nancy,” says Taylor. “Now I can stand on one leg, I have my stability back.”

Alethea and her 85-year-old husband are now regular gym-goers—not the typical duo one might expect to see at their local fitness centre.

The Get Up and Go class was inspired by the Osteofit program, a certified exercise designed by the B.C. Women’s Hospital and Health Centre for individuals with osteoporosis. Get Up and Go was created at the request of Fraser Health Authority (FHA) Falls and Injury Prevention, for individuals who require less intensive training and are still independently mobile.

Debbie Cheong collaborated with the FHA and adapted Osteofit to focus more on the basics: encourage participation in physical activity, develop muscle strength to allow individuals to stay in their own homes and improve their quality of life.

“Most of the clients we see are at risk of going into [institutional] care,” she says. “Their mobility could be a major block in participating in the community.”

Cheong says fitness programs are crucial for this demographic because their built environment prevents them from having to make much movement at all.

While she admits adapting to a new exercise program can be daunting, it’s the laughter and friendships gained that truly make each class enjoyable. Social isolation is a common issue for seniors, who often live alone, so community support and friendship are at the core of the Get Up and Go class.

Jim Gray, a 77-year-old with chronic obstructive pulmonary disease participates in the local Get Up and Go program in Ladner B.C. He looks forward to the social component of the classes as much as the physical one.

“Everybody knows everyone, we laugh and joke, I always look forward to it,” says Gray. “If I hadn’t been going to that class, I don’t think I’d be half the person I am right now.”