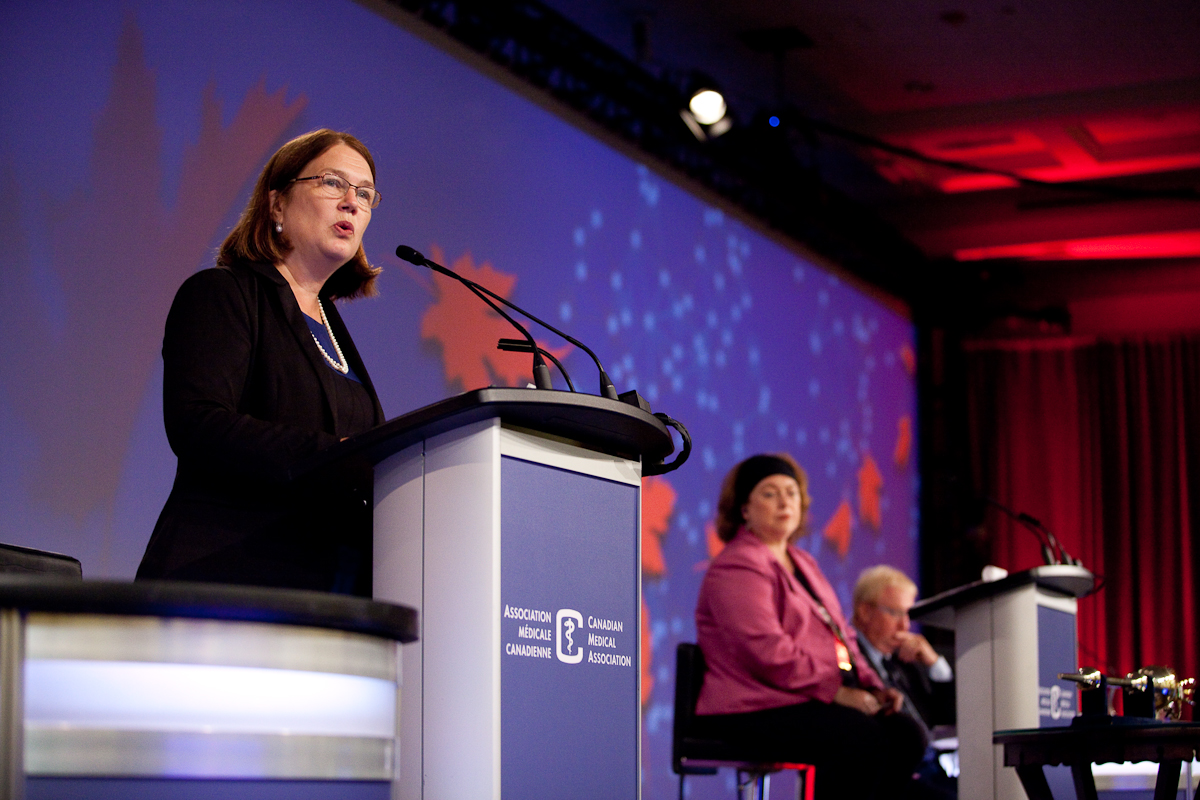 No physician has held the health portfolio in a Canadian cabinet since 1928, when Dr. James Horace King became Canada’s first minister of pensions and health.

But then again Dr. Jane Philpott, elected on Oct. 19 in the federal riding of Markham-Stouffville, north of Toronto, is not your typical rookie MP. Nor is she a typical physician.

“If you have many opportunities in life, and you’re born in a great country, and you get a great education, then your responsibility is to use what you have to serve others,” Dr. Philpott, a passionate advocate for health equity, told the Canadian Medical Association Journal (CMAJ) in an interview.

That quote could just as easily sum up her working life up to Nov. 4, 2015, the day she was sworn in as Canada’s health minister, 19 days before her 55th birthday.

Her resume reads like a case study in over-achievement — so much so that Toronto Star columnist Heather Mallick had this to say after reading it: “A feeling swept over me like wind on the steppes, the treeless plains of Low Achievement Land, where I now live. What had I done with my life?”

There, something tragic happened on March 11, 1991, that would steel her resolve to serve others. Her first-born, 2½-year-old Emily, died of a sudden infection. The same infection came close to killing a second daughter, Bethany. Dr. Philpott wrote about it on the anniversary of her daughter’s death on her personal blog.

“I’ve learned to be patient and accept our own loss,” she wrote on the blog subsequently published by the Huffington Post. “But I’m not patient about waiting for the day when young children will not die in such outrageous numbers from infections and other illnesses that are often preventable and treatable.”

As the National Post noted, most grief-stricken parents would have headed home to Canada. But Dr. Philpott and her husband, Pep, stayed on in western Africa for another seven years. “It shaped me forever,” she told the CMAJ.

Upon her return to Canada, Dr. Philpott kept up her interest in making Africa a healthier place. In 2004, she founded Give a Day, a charity to raise money to fight HIV/AIDS in Africa. It was at an event associated with that charity in 2010 that Dr. Philpott talked about going into politics with someone who knew a thing or two about the subject — former Prime Minister Paul Martin.

The rest, as they say, is history.

“Given Dr. Philpott’s background, I have no doubt that she will play an influential role as a health leader throughout her term as minister,” said Dr. Cindy Forbes, CMA President. “I look forward to working in partnership for better health care for all Canadians.”

Bethany is now a 25-year-old medical student. As Bethany entered medical school in 2014, Dr. Philpott wrote her daughter an open letter on her blog about following her mother into medicine.

“Be thankful for the Canadian health care system,” she said. “You should not have to turn patients away from basic medical care because they lack the means to receive it.”

The minister lives in Stouffville with her husband, Pep, a journalist. In addition to Bethany, they have three other children — Jacob, 23, David, 21, and Lydia, 15.